Owner Coaxes Trusting Tail-Wagging Elderly Labrador Into Woods, Dumps Her Then Drives Off In Tesla

It’s a sad fact that every day people chose the path of abandoning their pets rather than having the decency to try and give them a chance at a better life in another home. With so many rescue organizations and resources available, there is really no good reason for abandoning a pet. Sadly, the animal shelter Paw’d It Forward, based in Southwest Washinton state, recently shared a heartbreaking story on Facebook in which a dog owner was caught on camera abandoning her labrador in a cruel manner. In the video, we see a Tesla pull up to a dead-end, and a woman gets out of the vehicle.

She then opens the back door on the driver’s side to let out a sweet golden labrador. The pup seems very excited and happy as he must have thought they were going on a nice walk in the woods. We can see the pup wagging his tail as the two begin heading in the woods. However, it seems the owner lured the pup into the wooded area before running back to her expensive Tesla and speeding off to leave him to his fate. The group captioned the video: “This is what a dog that has just been abandoned looks like.” 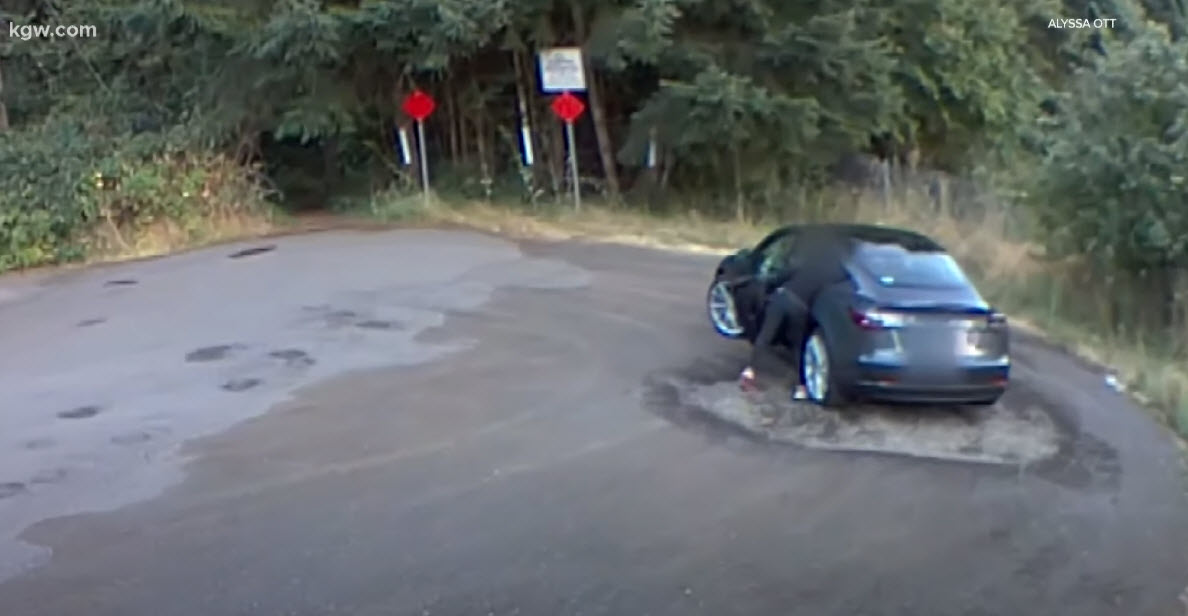 After watching the cruel scene, many folks on social media were understandably angry, but overall, very happy, the sweet pup was rescued. The staff at Paw’d It Forward took good care of the senior dog, and they reminded everyone that this sad case was just a somber reminder that we cannot afford to be indifferent and to always follow their motto: If you see something, say something.”

“We have seen a lot of things on our cameras, and this is something we never expected to see. Nor ever wanted to see,” said Brandon 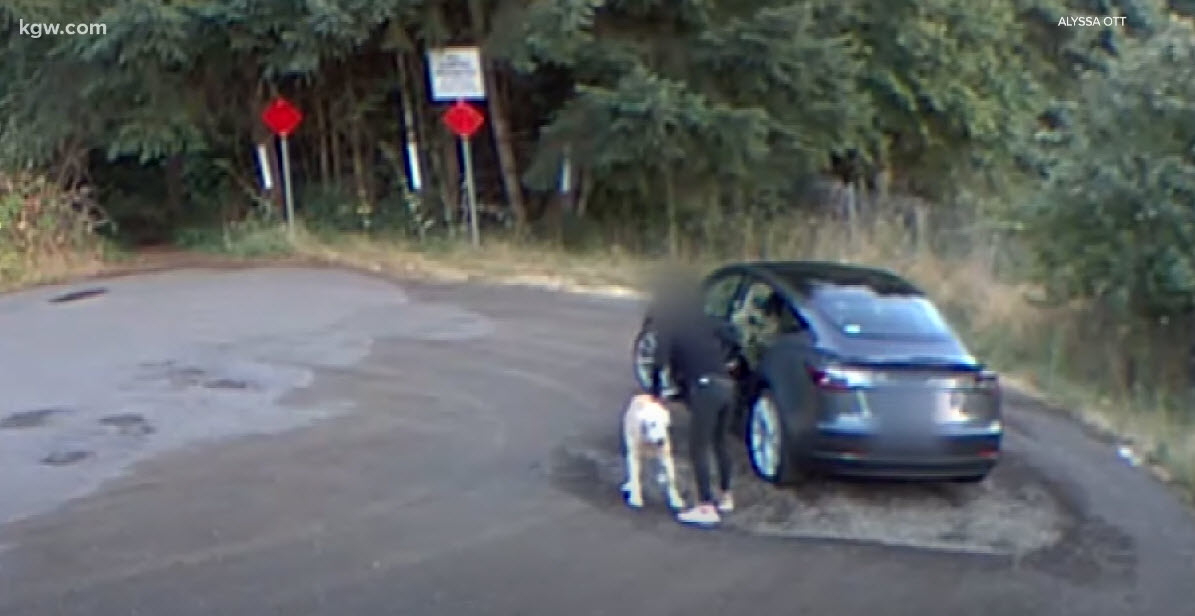 According to Brandon, his girlfriend called a friend to come and pick up the abandoned pup, who’s name is Henry.

“After they got him, they contacted I Paw’d It Forward animal shelter to come to get him and take him to the humane society.”

“Little did we know it would be going viral worldwide,” Brandon said.

“We were both in complete shock when it happened. We own the whole cul-de-sac and have had some issues with people in the past. That’s why we installed the camera,” Brandon explained.

Brandon expressed shock when he saw someone driving such an expensive car doing something so cruel, “but honestly, over the years, I have learned to never judge a book by its cover,” and added that we all need to be aware that the world has “some ugly people out there.”

He also notes how the footage shows just how often these kinds of cruel incidents take place.

“We are showing people that someone will take their family dog of 13 years, drop him in some random area, and drive off like its nothing. Its insane.” 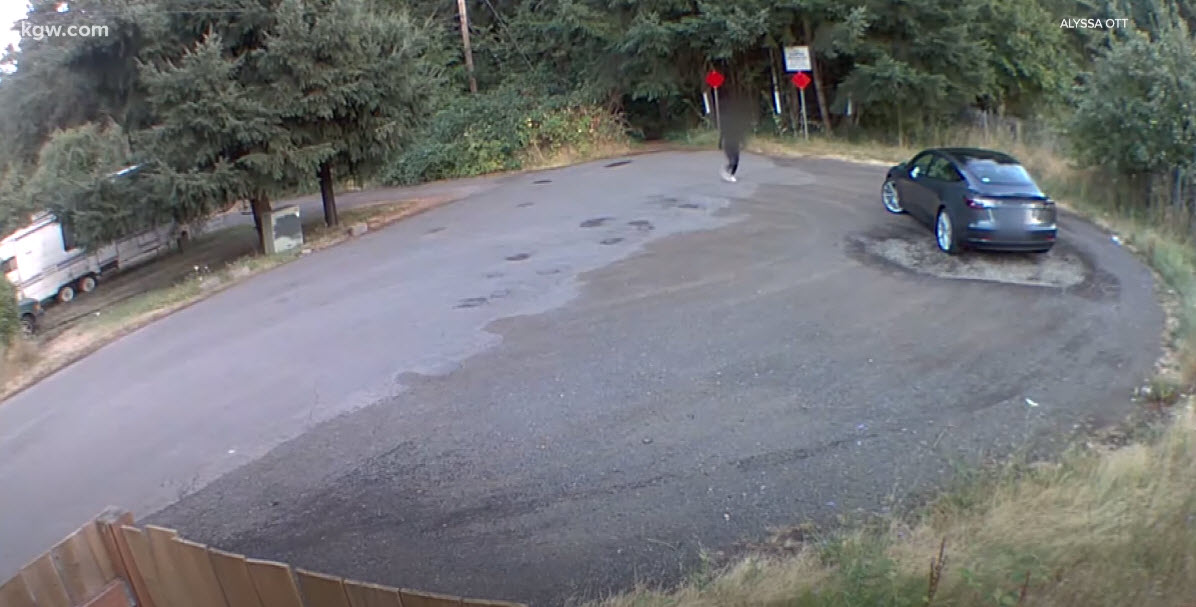 Thankfully, Henry is now safe and will hopefully soon find a new forever home with a loving family to care for him.

“There are numerous things this lady could have done. Hell, she could have just knocked on our door and left him,” Brandon said and promised there will be a happy ending to this story. “I can’t just let this story end here,” he concluded. 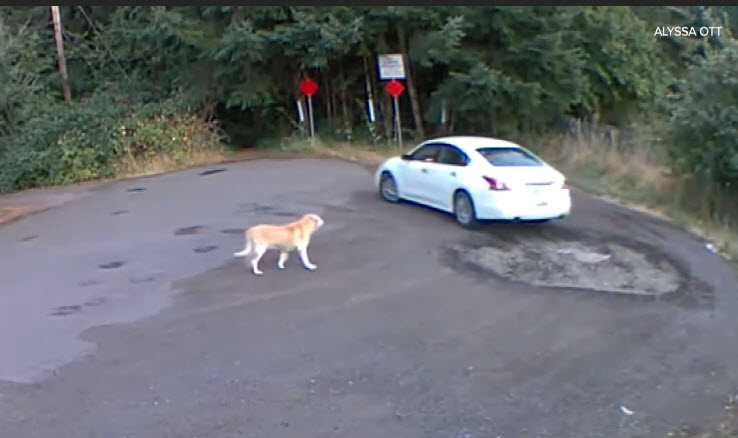 You can watch the full video of the Tesla driver abandoning Henry in the video.

Kitten Was Dyed Purple And Thrown As Bait To Fighting Dogs

Animal Shelter Workers Filmed Each Other Having Sex With A Dog

Animal Shelter Workers Filmed Each Other Having Sex With A Dog
16 August 2020
https://boredbird.net/owner-coaxes-trusting-tail-wagging-elderly-labrador-into-woods-dumps-her-then-drives-off-in-tesla